Protect Yourself from the Flu

Protect yourself and your community by getting a flu shot early. The best way to do that is by getting your flu shot now, before flu season begins.

We expect both COVID-19 and flu viruses to spread this fall and winter. That's why it's important for you to get vaccinated. Getting your flu shot can protect you from catching serious illnesses.

COVID-19 vaccines may now be administered without regard to timing of other vaccines. This includes simultaneous administration of

COVID-19 vaccine and other vaccines on the same day, as well as coadministration within 14 days.3 This means you can now schedule both your COVID-19 and flu vaccine for the same time.

How does the flu spread?

The flu spreads easily. People who have the flu spread the virus through droplets when they sneeze, cough or talk. Those droplets can land in your nose, mouth or eyes if you're nearby.

Plus, a person who is sick can leave infected droplets on objects such as doorknobs. If you touch the doorknob and then touch your nose, mouth or eyes, you might infect yourself.

If I can’t catch the flu from the vaccine, why do some people feel sick after getting the shot?

It's common to have soreness, redness or swelling on your arm where you got your shot. This is your immune system, or your body's way of protecting itself, causing a local reaction. This usually goes away in one to three days.

Some people also get a low-grade fever, headache and muscle aches for one to two days. This is also due to your immune system. It's gearing up to fight the flu virus in response to the shot. If you are later exposed to the flu virus, you're better prepared to fight it.

I’m pretty healthy. Do I still need a flu shot?

Even healthy people can get the flu and other illnesses from it. One of the best ways to protect yourself is to get a flu shot.

Some people are more likely to get other illnesses from the flu. They include adults 65 and older, younger children, pregnant women, and those with ongoing health problems. These other illnesses include asthma, diabetes, cancer, stroke, spinal cord injury and heart disease. 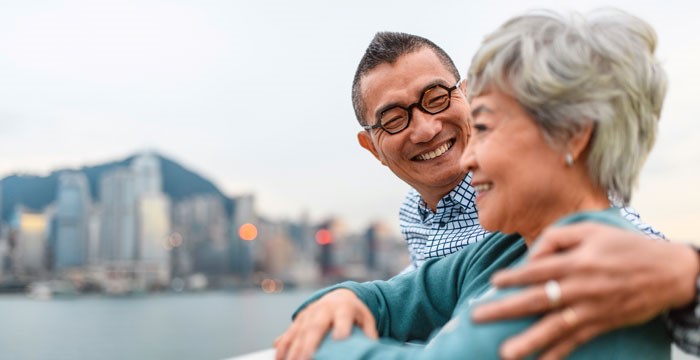 Chances of getting the flu

The 2020-2021 flu season was fairly mild. This was partly because of COVID-19. We wore masks, washed our hands more often and stayed apart from others.

But most years, the flu causes many illnesses, hospital stays and even death. During the 2019–2020 flu season, the Centers for Disease

Control and Prevention (CDC) estimates there were:2

Who needs to get a flu shot?

Everyone 6 months of age and older should get a flu shot every year. It is the best way to protect yourself and those around you.1,4

When should I get my flu shot?

The best time is between early September and the end of October, before the flu starts to spread in your community. It takes about two weeks after you get your shot for antibodies to develop and protect you.

The only ones who need to have their shots earlier are children under age 9 who haven't ever had a flu shot before. They need two doses at least four weeks apart.1,4

The information provided is for general informational purposes only and is not intended to be medical advice or a substitute for professional health care. You should consult an appropriate health care professional for your specific needs.